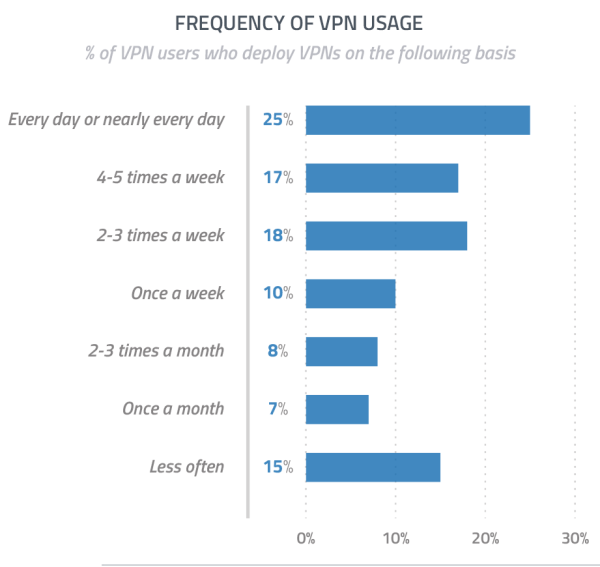 At least, 10% of VPN users access VPN once a week.  7% - once a month.  Report was presented by GlobalWebIndex Web Analytics Company. daha fazla oku...

yorumlar: 0
It's Legal Now: Your ISP Will Sell Your Browsing History to Highest Bidders

Our team to reveal all details of Trust.Zone VPN technologies. daha fazla oku...

yorumlar: 0
Happy 'Get a VPN Day' in Australia!

Australia's mandatory data retention law comes into effect today, with all Internet Service Providers in Australia expected to store their customers' Internet activity logs. Privacy advocate group Digital Rights Watch declared April 13 as a national "Get a VPN Day" - they're calling upon Australian citizens to educate themselves about the scale of this surveillance and take precautions accordingly. daha fazla oku...

yorumlar: 0
Your ISP is now selling your web browsing history and habits. It's time to use a VPN

Recently, Reddit user That One Privacy Guy collected everything about the most popular VPN providers on the web. He put all VPN features into a single color-coded Google Sheet that’s easy to read and understand. Green cell is “Generally good”, Yellow is “Something of concern”, Red is “Something major of concern”, Blank is Undefined or for reader’s knowledge only. daha fazla oku...

yorumlar: 0
How To Choose The Best VPN - Trust, Affiliates, Privacy

yorumlar: 0
5 Reasons Why You Need a VPN in Australia

Are you still browsing the web in Australia without a VPN? If you need a safe and private internet connection to the website and online services - VPN is the best choice to do that.  VPN is able to protect your identity and privacy, overcome restrictions, unblock websites and even save your money.  Read Top 5 reasons why you need a VPN in Australia. daha fazla oku...

A big update of Trust.Zone appsMissed Final Sale? The Last Chance Deal - VPN for only $1.99/mo.DDoS Protection from Trust.zone is Available with DiscountPay for a VPN with USDT or other Crypto - get EXTRA discount!7 Benefits of Using a VPN for Instagram